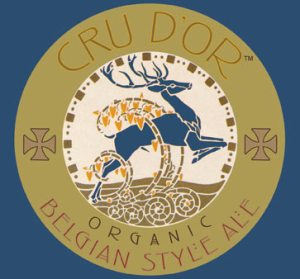 Craft beers have a great deal of appeal for the “locavore” movement. Who doesn’t enjoy bellying up to the bar in a strange city and ordering the local ale? It’s usually freshest when closest to the source and since each region has different “tastes”, it can give you a sense of the people and culture inherent to the area in which you’re drinking. Aleheads, in general, are a responsible, ecological lot…whether we intend to be or not. By eschewing the mass-produced domestics like Bud and Miller, we are (intentionally or unintentionally) choosing not to support corporations that rape the land via massive “conventional” farms and fossil-fuel guzzling shipping procedures. Sure, Aleheads imbibe a lot of imports (which certainly require some petrol to get to this side of the pond) but the difference in scale is astronomical. This is an utterly unsupported statement, but I firmly believe that if you’re an ardent, hard-drinking Alehead and you stick to craft beers and avoid the big domestics throughout your life, your carbon footprint will be significantly smaller. And whether you’re a tree-hugging, hippie Alehead, or a Type-A ,corporate bigshot Alehead, I’m willing to bet there’s a part of you, however small it may be, that takes some comfort in that knowledge. Of course, the real reason you’re drinking craft beer is because it tastes better…but it’s hard not to find a little spark of enjoyment in the ancillary benefits. We all like helping the planet…particularly if we can get hammered at the same time.

So it should come as no surprise that organic brewing has become all the rage these days. Many big name breweries like Samuel Smith and Dogfish Head have begun using organic ingredients and marketing wholly “organic” beers. Some breweries (like Peak, Roots, Eel River, and Wolaver’s…a subsidiary of Otter Creek) are 100% certified organic. Do organic beers taste better? That’s a matter of debate…but they certainly don’t taste any worse. Plus, it’s easy to have a little pompous appreciation for a brew that was made with no pesticides or chemicals…and one in which the brewer knows exactly where each and every ingredient that went into their beer was grown.*

*There is apparently some controversy over the idea of organic hops. Because hops require a fairly specific climate in which to grow well, they are still predominantly produced “conventionally”. Organic hop farms are starting to spring up here and there, but for the most part, they are still the hardest beer ingredient to obtain that is truly organically grown.

Personally, I wouldn’t intentionally choose or dismiss a beer because it is or is not certified “organic”. I hope the trend is towards more organic, local ingredients. I’m willing to pay a bit more if I know my beer is “sustainable”…and I suspect the same is true of many Aleheads. But I’m not a zealot, and I certainly don’t look for the organic label on beers I buy. Truth be told, I generally don’t even notice that little “Certified Organic” label until well after the beer is gone. But it’s always a nice surprise…and it makes me feel like I’m doing my part in saving the majestic Ivory-Billed Woodpecker.*

As I noted earlier, some non-organic breweries have begun adding one or two certified organic beers to their lines. I think this is a clever way of engaging Aleheads in organic brewing. Maybe you avoid something like Wolaver’s because you think it’s too “Hippie-fied” and might have insects, granola, or patchouli oil floating in it. But when a brewery you know and trust, like Samuel Smith or North Coast, produces an organic brew, there’s much less trepidation. They’ve never steered you wrong before, so why not grab that bottle with the little, green “USDA Organic” label on it? Hey…this isn’t bad at all! Maybe organic brews aren’t just for Phish-philes and falafel-munchers! And while it may not be the best gateway for organic brews, let’s look at a decent offering from North Coast…the Cru D’Or

“Cru” is a French designation that, in its rawest translation, means just that: “raw”. However, it is more often translated as “local” or “growth place” and is used frequently in the French wine industry (it’s akin to the concept of terroir). In the sense of the North Coast Cru D’Or, the word is used to reference the organic nature of the beer. It implies that North Coast used “pure”, local ingredients to create the brew. And since “D’Or” is generally translated as “gold”, you could say that the Cru D’Or means “raw gold”, “local gold”, or “pure gold”.

The Cru D’Or was originally brewed specifically for the Whole Foods grocery store chain (which, I suspect, is where most city-folks get their organic foods these days). It’s a Belgian-style Dubbel ale…and though not as spot on as the previously rated Brother Thelonius, North Coast hits most of the important notes in trying to mimic a classic Belgian brew.

The Cru D’Or pours a very pretty mahogony…it’s cloudy and syrupy-looking and when the light hits the glass, it does indeed have a “golden” glow. Very nice coloring, but no head to speak of and the lacing has that same syrupy quality. I would have liked to have seen a much thicker, cloud-like head as is usually the case with Dubbels.

The nose is mostly sour, tart fruit and sweet-caramel malt. Dark cherries, over-ripe apples, and a touch of banana clearly indicate the Belgian nature of the brew. There’s a well-rounded malty sweetness holding everything together and traces of spice (clove and pepper) and a pleasant alcohol nose-burn cutting through.

The taste of the Cru D’Or disappoints a bit. It’s off-balance and not as well-executed as I’d hoped. There’s too much candi sugar, not enough of a malt backbone, and the alcohol hits harder than it should for an 8% ABV beer (that’s strong, but not as strong as the booze finish indicates). That alcohol kick also drowns out any hop profile and though this style isn’t supposed to have much hop bitterness, I wish there was at least a faint touch of the 30 IBUs this brew is supposed to provide. The spice and fruit from the nose is present, but not as well-incorporated as it is in most Belgian Dubbels. For the most part, it tastes like an OK, albeit complex, apple cider.

The mouthfeel is somewhat thin for the style…somewhere between light and medium-bodied. The drinkability is low since the booze finish is strong and the lack of carbonation makes the beer drink “heavier” than its thin body would indicate. To be fair, when a beer is ostensibly a Dubbel, you’re comparing it to some of the finest beers on Earth. The Cru D’Or can’t hold a candle to the Trappists, but that’s the nature of tasting notes. You can’t taste in a vacuum…you’re always mentally comparing to other brews in the same style. The Cru D’Or, of its own merits, is decent enough…but compared to its Belgian brethren, it’s simply not in the same class. 2.5 Hops from me.

And while this tasting note may not sound like a fervent advertisement for organic brews, the truth is that it never occurred to me while drinking it that there was anything “different” about the Cru D’Or…and you’ll notice in the tasting note itself, that fact is never even brought up. So maybe that’s the biggest selling point for organic beer that you can take away from this post. Even though I didn’t “love” the beer, it’s organic designation had no bearing on my opinion. Like organic restaurants, and organic produce, I think we’ve come to the point where organic “anything” can simply be judged on its own merits. It’s no longer a novelty or a fad…it’s simply a choice that a thoughtful brewer can make. And I for one would like to see more brewers take the plunge so that my fellow Aleheads and I can help save the world…one beer at a time.