I know you’ve all been aching to get a deeper glimpse into the preferences and predilections of the brotherhood of Aleheads (little do you know how dangerous that might be).  There are of course numerous secret rituals, ceremonies and beer drinking techniques that we can’t share with you (OK, that last one’s pretty much just drinking games), but I thought it might be interesting to give you a feel for what’s going on in our beer fridges.  Some of us stock them with purpose (see Ripped Van Drinkale’s excellent discussion on seasonal stocking), while others of us just grab whatever catches our eye in our favorite package store or supermarket.  So this week’s Conundrum will be not so much a puzzle as an inquiry.

Tell us, loyal Aleheads, what is in your refrigerator?

Beers are mandatory (all beers, no cheating by excluding the crap I know you keep around for non-Alehead friends), other foods/beverages/condiments/dead stuff optional.  Cellared beers need not be mentioned, as that’s a totally different question (that we may address in a later Conundrum).*

*Side note: If we aren’t too drunk to remember, we’re going to try to do this once a season, as seasonal beers change the mix in our beer fridges so drastically.

And to start things off, let’s take a look into the McBrewin’ fridge. A quick note: I’m not usually quite this well (or diversely) stocked, but I just found an awesome new beer store. 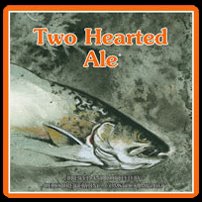 Ah, fall….when young men throw romance and procreation to the wind (especially for those of us whose wives are knocked up for the third time), and turn their attention to the Yankees’ postseason, winterizing the grill, and six months of beer-induced weight gain.  OK, I’ll speak for myself, except about the six months of beer-induced weight gain, which I think is universal, with the possible exception of Slouch Sixpack who appears to be the exact same weight he was when I met him 13 years ago this fall.

To accelerate the weight gain mentioned above, fall blesses us with several high gravity, high ABV, high calorie beers.  Yum.  Although the beer selection here in Ohio is a fraction of what it is in the Northwest, there’s still an excellent offering at local retailers.

I am going to take some poetic license with what’s actually in my fridge, since it’s always run down by Thursday.  Instead, here’s what will be in my fridge after my next paycheck arrives and after I send the Commandress for a massage.  (The resulting release of endorphins – or whatever, I’m not a chemist – will distract her from the 40-beer militia that invades our fridge and lays siege to the soy cheese).*

*In response to Magnus’s future sniping, and for the sake of clarity, I do not eat the soy cheese.  If you don’t like what the pregnant Commandress keeps in the fridge, take it up with her.  Just do it after all the beer is gone… please.

*Last fall, Lord Copperpot, the Director of Bands and I took down a bottle of Maker’s Mark and a mini-keg of Two Hearted.  I then posted the worst score in the history of Tiger Woods Golf (other than that waitress from Perkins).

P.S.  Never stock wheat beer after Labor Day… I guess I don’t do it before, either, though. 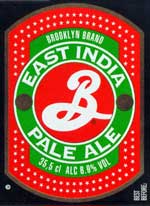 There’s not much that beats New York in the fall.  Crisp wind blowing through the tall buildings, the leaves turning in Central Park, wails of sad Yankee fans as their season finally ends with an embarrassing loss.  Spend a Sunday morning grabbing dim sum in Chinatown, then stroll over to your favorite beery establishment for some NFL Sunday Ticket and a day spent sitting by an open window, drinking beer, watching football, and enjoying a lazy day.  You’ll feel the heart of the city.  Unlike the summer where it’s a sweltering parking lot or the winter where it’s a frozen wind tunnel, there is no place I’d rather spend an October afternoon than New York.

For all the advantages of NYC though — the restaurants, the culture, the ease at which you can get around — New York is at a distinct disadvantage when it comes to the beer fridge.  There simply aren’t many awesome bottle shops on the island of Manhattan.  I generally get most of my bottled beer from the local supermarket.  However, New York does excel at beer bars.  Therefore, I’m a big fan of picking up a growler and enjoying it over the course of an evening or two.  While this allows you to sample many different kinds of beer (including the myriad beers around New York that do not distribute by the bottle, such as Six Point or the experimental Brooklyn brews), it means the fridge is woefully understocked on a random weeknight.  So,  you want to know what’s in my fridge right at this very moment?  I can assure you that unlike the Commander, there is no “soy cheese” to invade.  Let’s go to the tale of the tape:

That’s quite literally everything in my fridge right now.  I know what you’re wondering.  You’re thinking I don’t have anything green in my fridge.  Well, why do you think I keep the six-pack of Sierra around?  Ah, the life of a bachelor.  Soy cheese.  Pfft.

Finally, some of my fellow Aleheads jumped into the fray before I did. I suppose it shouldn’t come as much of a surprise that the first Conundrum I didn’t have to bat lead-off on was the only one that has required absolutely zero thought. Aleheads are nothing if not lazy, so I should have expected quick responses to a Conundrum that could be answered by walking to the kitchen, opening the fridge door, and staring for awhile. For some Aleheads, that’s their daily exercise.

My fall is slightly different than the rest of the Aleheads in that I have the misfortune of dwelling in the deep-fried South. It’s mid-October and I spent yesterday afternoon at an outdoor concert in shorts and a T-shirt in 84-degree heat. While that may sound lovely, the truth is that I greatly miss the New England autumns of my youth. The crunch of leaves. The nip in the air. The ever-looming specter of five months of snow made every day seem more precious and important. Although, by mid-February when Gramps McHops is shoveling his walk for the 15th day in a row and has to leave his car running for 30 minutes before driving to work, that envy tends to dissipate. Mostly I’m just bummed that it’s still summer beer weather down here while my cohorts are wearing long sleeves and downing hearty fall seasonals. Obviously I’m doing the same, but it just feels “wrong”. Ah well…enough venting…on to the matter at hand.

Two sad admissions before I jump in:

With those two strikes out of the way, let me take a swing…

Oh, I’ve got a ridiculous assortment of condiments too, but most are for Wifey and Baby McHops. All I really need is hoisin sauce. I could live off that shit.

The contents of my fridge are a function of how much money I think I have (ever have those days where you feel like you actually have enough money to splurge on expensive beers? Doesn’t happen often enough). And also a function of how many people we have over for dinner, because our acquaintances are always good for bringing a 6-pack (yes, I have trained them well).

Here’s what I found last time I looked:

Now if you’ll excuse me, my cockles need to cool off. 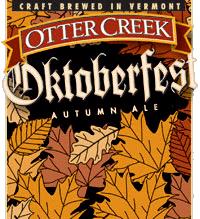 There may be a chill in the air, but the temperature on our precision-controlled Germanic ‘fridge remains a constant: beer degrees Kelvin.  The beneficiaries of this noble receptacle of sudsy goodness enjoy rare attention from your Baron as of late as he labors in the vineyards of jurisprudential bliss.  Still, they remain.  Tall, strong, mocking.  Among them:

And Pickapeppa… you can never have too much Pickapeppa.

I figured it would be best if I anchored this post since you already know most of what’s in my fridge.  Hell, I wrote that shit the other day, didn’t you read it?  Well, turns out one of the good Doctor’s offspring celebrated his first birthday this past weekend so the beer fridge got changed over once again.  While I love the Fall Beer Fridge Transformation Project, I also love drinking, so the transformation isn’t so much of a one time event as it is a weekly occurrence.  As I open the fridge door I see some of the old regime still kicking around from last week, but also plenty of newbies that showed up to party.

Since I’m staring into the depths of a pure beer fridge, there’s not much else going on in there.  4 Gatorades, 4 organic chocolate milk boxes, and a Lunchable.  That’s it my friends.

It looks like we certainly got some honesty on this one.  It’s interesting to see that nearly everyone had at least a few beers that they felt like they had to qualify in some way as being either brought over by someone else, or purchased for someone else’s consumption.  We may talk the purist’s talk, but our refrigerators may not entirely walk the purist’s walk.  I must say, I salute you all for keeping some marginal brews around so that the good beer isn’t wasted on those poor heathen souls who wouldn’t appreciate a well crafted micro if you fed it to them a silver spoon at a time.

I hope you gained something out of this week’s Conundrum beyond just feeling like you were sitting through a littany of random beers.  One way or another, whether you’ve made it this far or gave up long ago, this Conundrum has come to an end.  Either way, faithful readers, keep on keepin’ on, and while you’re at it don’t forget to…

6 thoughts on “A FRIDGE TOO FAR”