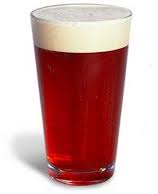 I’m all for tradition, so when Brother Barley wrote up his Best Imperial Red Ales post yesterday, I knew I had to bite the bullet and write the follow-up.  You see, we Aleheads don’t have much in terms of rules or guidelines to follow, but it’s only polite to close a book that’s been opened in front of you.  Unfortunately for yours truly, I’m just not crazy about the everyday American Red Ale (Or Amber Ale if you will).  Sure, I’ll toss back a good ole’ Red from time-to-time, but the thought of drinking something that was intentionally toned down just doesn’t sit well with me.  I like hops, I like bitterness, why would I want something that hides my favorite aspect of beer with a malty, caramel backbone?  Not exactly selling you on the intro I guess.  Oh well, I’m sure you didn’t have anything better to do with your morning anyway.

The easiest description of a Red Ale starts with the color and makes you understand why many (Including the BJCP) simply refer to the style as the Amber Ale..  Quite literally, it’s darker than pale.  Oh good, that clears up all the confusion.  The color can be anything from red to brown to some variation in between.  These are malty brews with a moderate to heavy mouthfeel and often present a rich, caramel flavor throughout.  Unlike the Imperial Red Ale, which I happen to love, the basic Red Ale tends not to focus on a big hop presence and keeps the IBU’s down even lower than a basic Pale Ale.  To me, that’s the downfall of the style.  I like the malty backbone, but no need to deprive me of some luscious hops to balance out the sweetness.  My other problem with the style is that it’s incredibly vague, so vague in fact that any brewer can just slap “Amber” on their label when they don’t feel like defining the crap they just stuck in the bottle.  That’s a bit of a stretch, but I dare you to prove me wrong.

While I do enjoy tradition, I also like tweaking ideas until they fit with something I feel comfortable writing about.  I won’t pretend to do a “Top 10 American Red Ales, like I’ve been known to do in the past, but rather I’ll present 5 acceptable Red Ales in no particular order and a Top 5 that I truly do enjoy.  It would be hypocritical to create a list of the 10 “Best” Reds just for the sake of the number, hence the quote marks in the title of this post.

As always, the rules are quite simple.  The beer has to loosely fall into the American Red/Amber Ale category, so clearly we’re only talking domestics here.  Lastly, I’m looking at beers between roughly 4.5% – 6% ABV.  As Brother Barley said, there’s technically no such thing as an Imperial Red, but I like the 7% line he drew in the sand.

Completely adequate Red Ales, true to style, that aren’t half bad (I should really be in sales)

New Belgium Fat Tire Amber Ale – It’s not great, but it’s not bad by any stretch.  Just because it appeals to the masses doesn’t mean you’re not included in that mass.

Highland Gaelic Ale – Quite tasty, if not a little boring.  I guess that would make it extremely true to style.

Magic Hat Roxy Rolles – I don’t care what anyone has to say about this selection.  If you got a mixed 12 pack what would you rather have – This or #9?  I thought so.

Anderson Valley Boont Amber Ale – It tastes good, as does pretty much everything from Anderson Valley.  I wouldn’t buy it, but I wouldn’t hand it back to you if I was at your house and you offered me a tasty beverage.

5. Stone Levitation – Big citrus nose, not something you’d expect from the style but something I definitely enjoy.  I would expect nothing less from Stone.  With another 3 points of ABV I could see this one stretching into the Imperial Category.  Way, way more flavor than I’ve ever had in an American Red.

4. Bell’s Amber – This is probably my least favorite beer from Bell’s, but that’s like saying Rib Eye is my least favorite cut of beef.  It’s still steak after all, quit your bitching.  Has a lot of fruit going on but no one flavor overpowers the other.  Really nice balance between toffee and a lingering spiciness.

3. North Coast Red Seal Ale – Bitter finish!  See, that’s all I’m looking for.  Malty backbone, creamy body, bitter finish.  Leave it to North Coast to make a basic beer into something delicious.  Granted, I wouldn’t say this beer is overly complex, but it gets the job done and leaves me happier than when I started with a full 6-pack.  Really, what more can you ask for?

2. Mendocino Red Tail Ale – I’ve said it time and time again that Mendocino will never blow you away, but they’ll never disappoint.  If they can slip a Red Ale by me and still have me coming back for more, they clearly can do no wrong.  This beer is all caramel from start to finish.  I know I said I don’t usually enjoy that but the smoothness and sessionability is just off the charts.  The fact that it only gets a “B-” on Beer Advocate makes me like it even more.  As far as the style goes, I can’t imagine anyone hitting the notes more perfectly

1. Troeg’s Hopback Amber Ale – I wish all American Reds tasted this way.  It starts out sweet and almost tart, then you’re flooded with pine and floral hops, only to be brought back in by a slick, sweet finish.  To me, the Hopback is the perfect combination of the first 4 beers on this list.  It’s got the citrus from Stone, the toffee from Bell’s, the bitterness from North Coast, and the caramel sweetness from Mendocino.  One of the very few beers that I’ll grab in a 12-pack to keep on hand at all times.

In the end, I think I struggled with this list because there just aren’t that many “Wow” Red Ales on the market.  It kind of makes sense though.  If you’re trying to make a subdued beer with a malty backbone and not much else going on, you probably don’t want to amp it up or tinker with the recipe all that much.  Of course, if you do want to amp it up you’ll find yourself in the Imperial Red category and probably find yourself a new fan in this here Alehead.   If anyone has any beers to add to this list, please feel free to speak your peace in the comments section.  Don’t bother adding Deschutes or Green Flash though – I know they have good Reds but I haven’t had a chance to try them so they couldn’t make my list.  Perhaps I’m missing out on a style that I should be paying more attention to.  If so, let me know.

One thought on ““BEST” RED ALES”