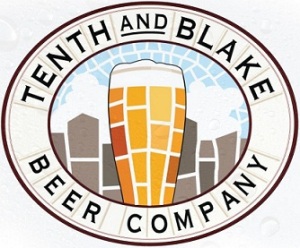 After yesterday’s somewhat incendiary post regarding Tenth and Blake’s acquisition of a minority stake in the Terrapin Beer Company, many folks commented on the story both on our site and throughout the beer blogosphere. Some agreed with my take and said they would eschew Terrapin’s products in the future. Others felt we were being naive and that as long as the product remained great, we should get over our anti-Big Beer sentiment.

Today, John Cochran, one of the co-founders of Terrapin (along with Spike Buckowski) graciously left a comment on our site. He certainly didn’t need to take the time to respond to our middling, little blog. He also didn’t need to respond in such a measured, thoughtful manner. We always appreciate when brewers and industry experts take a moment to add their voices to our posts and it’s particularly welcoming when the post in question was written in frustration over Terrapin’s recent business decisions. For those who didn’t see John’s comment, I’ll post it in full for you:

While I know that there is nothing we can say that will help some people get over their hatred for anything associated with big beer, I’d ask you to consider the full story.

At our request Tenth and Blake simply converted a portion of their existing debt to a minority equity stake to enhance our balance sheet and allow us to work with banks to get the funds we needed to expand. Spike and I still have complete control of Terrapin, and Tenth and Blake’s involvement does not change that. In fact, the reality is that we’re now actually more independent to run Terrapin the way we want to because we are no longer servicing the substantial debt we racked up fighting our original “good-guy, local” investors. They wanted to cash in by forcing Spike and I to sell Terrapin to a West Coast beverage equity fund investor who stated he was bringing in outside management to run the company. Spike and I would have been out of the company we founded and built over the past 10 years. Instead, we now have a shareholder that is in the beer business for the long term.  We’ve spent the last year getting to know them, and it’s clear to us that they understand what has made Terrapin successful thus far, and that they also understand that protecting those things is in their best interests. We would not have done this conversion otherwise.

We ask you to judge us based on what we do. If you are a craft beer fan because you enjoy great beers and the people behind those beers (such as Spike and myself), then you have no worries. We are not going anywhere. All I can tell you is to wait and see. Actions do speak louder than words.

Not much else to say. Whatever you decide in regards to Terrapin, thanks for your support to this point. Lots of great things are coming. We hope you decide to continue to give us a try. If not, there are a ton of other great beers out there, and I’m going to continue drinking them just like I always have. You do the same.

First of all, thank you, John, for your response.

Second, Terrapin is a business and, more importantly, it’s Spike and John’s business. They can do absolutely anything they want with it and they don’t need to answer to the beer bloggerati.

I made my initial post because I firmly believe there are “better” ways to pull together funding for a successful, prominent brewery that don’t involve getting into bed with MillerCoors. “Better” is in the eye of the beholder, of course, and clearly John (and many others who commented on the story) don’t really care WHO provides funding for the brewery, as long as the quality of the product doesn’t slip. I understand that rationale…I really do. BUT we have seen a number of other breweries expand recently, including Lagunitas, Bell’s, Founders, Stone, and Brooklyn. They all found ways to raise the necessary funds to expand without resorting to giving an equity stake to Big Beer.

John does shed some light on the back-story which allows us to better understand his (and Spike’s) mind-set. Their local investors were putting the screws to them and they needed to come up with money, presumably quickly, to allow them to buy out these investors so they didn’t lose control of the company they had built out of their own sweat and blood. Tenth and Blake, the “craft” subsidiary of MillerCoors, stepped in and bankrolled John and Spike. Shortly after that, the duo decided to convert their debt into a minority stake in the company. That last part is understandable. Once Tenth and Blake was “in the Terrapin business”, it became more financially sound for John and Spike to just convert the debt into ownership rather than having to continue paying interest on the loan. And I’m sure John is being sincere when he states that he believes Tenth and Blake will not try to influence the direction of the brewery at all.

There are two major problems here, at least from where I’m standing. First, the kind of language John uses is the exact thing you heard when InBev bought out Goose Island. “We’re now more independent to run Terrapin the way we want to.” “It’s clear to us that [Tenth and Blake] understand[s] what has made Terrapin successful.” John may be 100% correct and, as he notes, actions speak louder than words. But we’ve all seen what InBev has started doing with Goose Island. Shifting brewery operations out of state. Buying up local area codes to try to mimic the success of 312 elsewhere. Granted, InBev owns Goose Island entirely while MillerCoors only owns a small chunk of Terrapin. Still, the parallels are strong enough that fans of the Terps have every right to be wary

Second, MillerCoors really IS an enemy of the craft beer movement. Earlier this year, MillerCoors used their tremendous financial and political clout to attempt to suppress craft’s success in Wisconsin by changing the laws to restrict breweries from operating their own distributorships. They claimed it was to prevent industry heavyweight InBev from creating a monopoly in the state, but local craft breweries saw through this façade and noted that the law’s most crippling impact was on them. Throughout the country, MillerCoors and InBev have been throwing money and influence around in an attempt to prevent the growth of craft which has been taking a big bite out of their bottom line over the past few years.

You can argue that there’s little difference between supporting Terrapin when their deal with Tenth and Blake was just a cash deal versus their current position as a minority owner. That’s fair. I didn’t raise a red flag back then because Terrapin is/was one of my favorite regional breweries and I wanted to give them the benefit of the doubt. In truth, since that initial deal went through, every dollar you spent on a Terrapin beer gave a few pennies to MillerCoors. Now? Nothing’s really changed except that (presumably), MillerCoors now has a voice, albeit a quiet one, at the Terrapin table. So yeah…I guess if I really plan on ending my relationship with Terrapin’s beers now, I probably should have done so when that initial deal went through. What do you want from me? Like Doc Holliday, my hypocrisy knows no bounds.

John and Spike obviously care about beer. That shows in every bottle they produce. And I’m sure they honestly do care about the craft beer industry as a whole. They’ve done some cool collaborations and have never been involved in any pissy Cease & Desist naming rights issues as far as I know. But, for reasons John attempted to rationalize in his response, they made a decision that connects their company to an international conglomerate that has made it their business to use every dirty trick in the book to hurt the growth of craft beer. I’m sure MillerCoors truly wants Terrapin to be successful now and won’t mess with their formula. Now that they’re in the Terrapin business, I have no doubt MillerCoors will support John and Spike in any way they can.

But, as with InBev and Goose Island, what happens when MillerCoors uses their massive distro network and deep pockets to begin pushing other craft breweries out of bars and package stores in favor of Terrapin products? What happens when Tenth and Blake requests that Terrapin begins focusing heavily on their more marketable, sessionable brews at the expense of some of their more experimental offerings? Those kinds of decisions may be good for Terrapin’s bottom line and would certainly bring more money and publicity to the brewery. But they’re not the best scenario for the other regional craft breweries or for Terrapin’s reputation WITHIN craft beer circles.

And that, to me, is the crux of the issue. Many Aleheads, like myself, hold an admittedly idealistic view of the craft brewing world. We love stories about brewery collaborations, brotherhood amongst brewers, handshake deals, and a focus on fair play, making the best product you can, and having fun in an industry that makes so many people happy. MillerCoors doesn’t represent any of that. Their business model involves marketing over product, gimmickry over quality, and cutthroat business practices over ethical, decent behavior. That doesn’t mean their model will eventually influence Terrapin…but John can’t deny that getting in bed with Tenth and Blake will raise many an eyebrow amongst true craft beer fans.

All consumers have to make decisions based on their own beliefs. I am a firm supporter of craft beer and the craft beer movement in America. I choose NOT to support breweries that are connected to Big Beer because of what Big Beer stands for and the actions they take to hurt the growth of craft. Even if Terrapin continues to act as a responsible craft citizen and never stops producing excellent beer, the Tenth and Blake deal removes them from MY personal list of acceptable breweries (along with Goose Island, Blue Moon, Leinenkugel, Shock Top, Kona, Widmer, Redhook and others). I won’t rage against them or scream at other patrons at a bar to stop purchasing their products. I simply want people to be aware of the new Terrapin/MillerCoors relationship so they can make an educated decision for themselves. Most people…the VAST majority of people, in fact…won’t care in the slightest. If the beer is good, they’ll drink it.

John and Spike made the decision that they think is best for them and their company. I can respect that. As for me, like John said, there are a ton of other great beers out there. I’ll miss Terrapin’s brews, but an Alehead has to stand up for what they believe in. Even if it means saying goodbye to an old friend.