In her post decrying the stereotype of the craft beer drinker, Mother Gueuze describes the prototypical Alehead as “a man, perhaps in his thirties, usually with a beard and maybe even a pair of Ray-Bans.” While the majority of craft beer drinkers are indeed male, the scales are rapidly tipping thanks to female craft evangelists like Mother Gueuze and our newest Alehead, Lady Jay. As for Mother’s supposition that most Aleheads are in their thirties, I couldn’t even venture to guess how true that is. I know Aleheads in their 70s and their 20s and every decade in between. But yes, it’s probably true that a large percentage of craft beer geeks are in that mid-to-late 30s range where you still like to drink a few too many beers at night at the bar but have also earned enough liquid capital to afford some high-quality suds. I don’t know where the Ray-Bans quip came from. I think of Ray-Bans as being the domain of polo-wearing preppies who drink Manhattans at their country club. Perhaps Mother Gueuze is hanging out in the wrong beer bars…

But there is one facet of Aleheadom that Mother Gueuze has the right of. Many of us, including yours truly, are proudly, luxuriantly bearded. For me, it’s a necessity. My beard grows back roughly an hour after I shave it. I can actually SEE it growing. Shaving is pointless. But I’m not alone in my bearded beer-nerdery. For whatever reason, beards have become the accessory of choice for brewers, beer bloggers and Aleheads the world over. Perhaps it’s a way to rebel against the clean-shaven sophistication of oenophiles. Or perhaps the blue-collar, everyman vibe of beer just makes people want to grow a beard while drinking it. Garrett Oliver (he of the three-piece suits and cravats) probably hates this aspect of the craft beer world, but the truth is, facial hair and craft beer go together like peanut butter and Imperial Stouts.

So I suppose it was inevitable that, at some point, a beer would come to pass that was actually brewed with beard trimmings. Disgusting you say? Absolutely. Gimmickry to the nth degree? No doubt. But that’s still not stopping Rogue Ales from cultivating a yeast strain made from the beer follicles of John Maier (their long-time brewmaster…not that awful, awful musician).

It seems that Rogue sent samples collected from their hopyard to White Labs, the premiere yeast-cultivation lab in the US. None of the samples produced a suitable yeast strain for brewing, but as a joke, Rogue also sent nine beard follicles from brewmaster Maier. And, of course, the beard produced a perfect strain of brewing yeast. Color me unsurprised. After so many years of pitching yeast, the man is probably fermenting 24 hours a day.

So the beer, which will be called New Crustacean (because why WOULDN’T you want the word “crust” in the name of your beard beer), won’t actually contain beard bits. It’ll just be made with a yeast strain FOUND on beard bits. Totally different. Still kind of disgusting. But it can’t be any worst than that Maple Bacon Donut abomination. Bleh.

And while I’m on the beard-beer bandwagon, allow me to put in a pre-emptive plug for Fred Abercrombie’s latest venture, Craft Beerds. Fred, admin over at Ünnecessary Ümlaut, will soon be publishing a book showcasing the best beard-related beer labels. If the presence of such a book doesn’t indicate that craft beer has reached its tipping point, then I don’t know what does. For anyone doubting the symbiotic relationship between craft beer and beards…this book should quell those doubts. I’m including a few pictures that Fred sent me from the first draft of the book. He’s planning on launching a Kickstarter page soon to help with publishing costs. We’ll tweet out that link once it’s live. 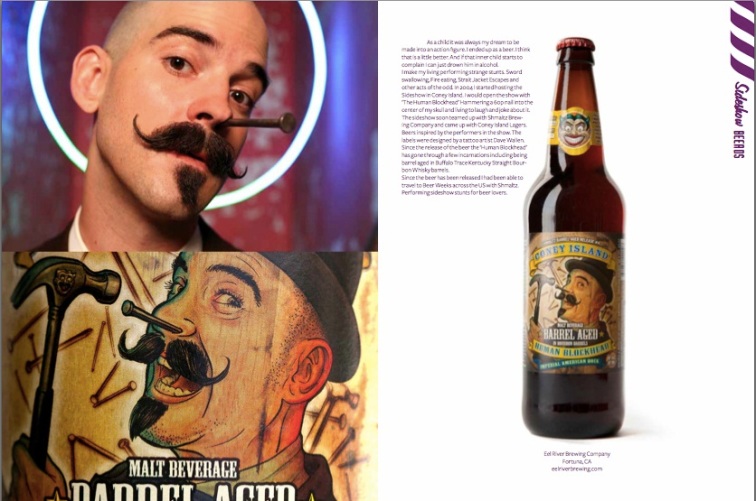 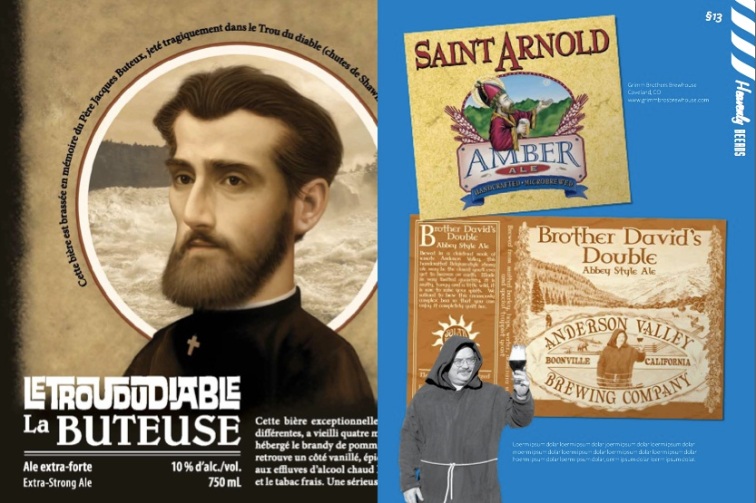 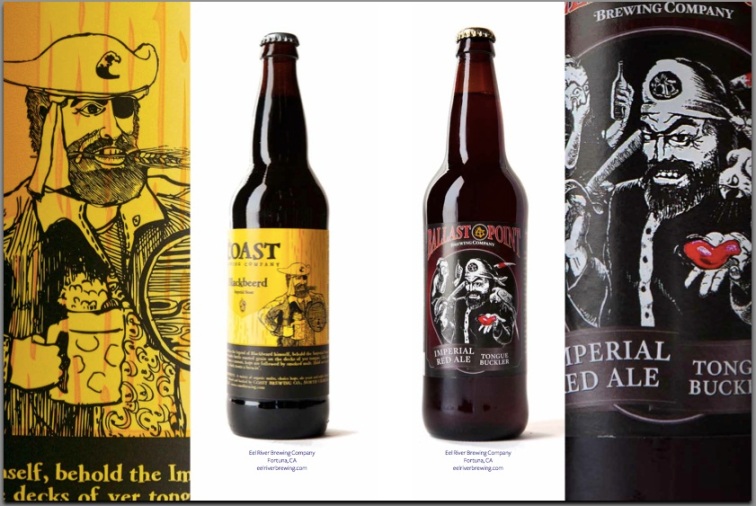