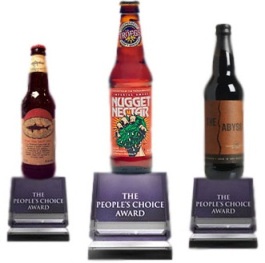 Last Monday, I posted a list of the “best” beers from each state. The post was, shall we say, a little controversial. I tried to put in a number of caveats explaining how the list was culled from on-line rating sites and didn’t represent my personal opinion. I also tried to note that it was just a conversation-starter and that my purpose in posting it was to get people talking about the “real” best beers in each state. Despite those caveats, some folks got a wee bit angry.

In retrospect, I probably should have realized that the article was going to push some buttons. The post was basically genetically programmed to make internet denizens cranky. First of all, it was a list. Internet commenters love/hate lists. Nothing drives traffic like a list does. Honestly, I think the very act of numbering something immediately puts people on edge.

Second, it was a “best X” list. As soon as you add that “best” modifier, readers’ fingers start to twitch in anticipation of writing their first angry comment.

I knew I was in for an interesting day when the forums started heating up at 6am. Many people were angry that the map I included at the top of the post didn’t match up with the actual beer selections. Actually, some people didn’t even read the article…they just commented on how terrible it was that I picked a certain brewery to represent their state in the map. For the record, the map doesn’t match up to the post because I created it months ago for an entirely different post. I slapped it up on top of the Best Beer By State post because I’m incredibly lazy and that seemed easier than creating a new one. I didn’t foresee the problems this would cause because, aside from being lazy, I’m also quite stupid.

Another interesting (but wholly anticipated wrinkle) were the responses from people who didn’t read the actual preamble, but jumped straight to the list. I fully understand this approach. If you see a post entitled “The Best Beer By State”, most of us are just going to skim down to our home state in preparation for being angry. I got attacked for rating beers I had never tried before. I got attacked for picking too many rarities, draft-only offerings, Imperial Stouts, and barrel-aged beers. I got attacked for being a hipster beer snob. I got attacked for typos. On the plus side, no one accused me of being worse than Hitler, so that’s something.

Once people went back and read the preamble, they were generally kinder. They realized that the selections weren’t my own…just the highest-rated beers based on on-line reviews. My selection process was dubious at best and many commenters had a thing or two to say about that. People that had problems with how I made my picks made good points about how I should have increased my review cut-off number, or should have only selected seasonal or year-round beers, or should have perhaps focused on best beer by style in each state rather than just best overall beer. All of these were worthwhile critiques, but like I said in the original intro, I had to pick SOME set of criteria for my research. Otherwise the results wouldn’t have been consistent.

Ultimately, what I was really hoping for were suggestions for what the “real” best beer was in each state. And man…did I get a lot of suggestions.

Based on those suggestions, and as promised in the original article, I’m now posting the “People’s Choice Awards” for the best beer from each state. These suggestions were pulled from comments on our own site, from BeerAdvocate and RateBeer forums, from a few smaller, non-beer related forums that just happened to be talking about the post, and, most importantly, from the hundreds upon hundreds of suggestions made in the Reddit Beer forum. The latter is, to the Aleheads at least, one of the best beer-related forums on-line. We get some of our best compliments and critiques from there and you’d be hard-pressed to find a more engaged, passionate group of beer geeks anywhere on-line (except for in our own comments section, of course). After sifting through the mounds of suggestions, I culled things down and came up with a new list. I hope it makes you want to murder me “slightly” less than the last one. Enjoy!

Of the 51 “best” beers from my original list, the commenters decided that 24 of them needed to be changed. But hey, at least the majority of my picks still hold true! Thanks to everyone for your fabulous beer recommendations and your equally fabulous suggestions as to where I could stick my original list.

37 thoughts on “THE BEST BEER BY STATE: PEOPLE’S CHOICE AWARDS”