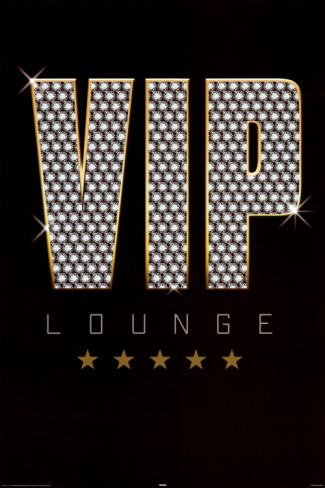 In short, it’s a matter of beer segregation, or more accurately, division of the festival attendees into multiple groups: “the masses” and “the VIPs.”

This is something I am noticing more and more often as I visit the websites of beer festivals, especially new festival events. And with the exploding national consciousness of craft beer drinkers, it makes sense that a tiered system would begin to emerge. On one hand, you’ve got the “OGs” of the craft beer world, who have played their part in supporting small, local breweries and turning them into today’s regional players. And on the other hand, you’ve got brand new converts to the fold. There’s going to be some separation–what’s important is how that separation is achieved, particularly from a monetary standpoint.

As such, my beef is not with beer festivals having a separate and more expensive “VIP” ticket that attendees can buy. That’s not it at all. My concern is the question of what kind of content differentiates the VIP tickets from general admission. And my argument is this: None of the beers at a festival should be off-limits to buyers of the basic tickets. It is entirely possible to build a “VIP experience” into your festival that doesn’t involve access to brews that no one else will get a chance to sample.

This is what I’m seeing at too many of the festivals: VIP tickets that give the buyers access to something like a “VIP tent” that has a bunch of rare, one-off beers within. Or in other words, all the beers that the typical beer geek is going to a festival hoping to try, except gathered in one place, away from the masses. Because as we all know, once you’ve achieved a certain level of beer geekery, you attend festivals looking to try mostly new and rare experiences. You’re less likely to stop at the Sierra Nevada table to drink some pale ale. It’s nothing against that wonderful beer, it’s just not why you’re there.

Now, to the well-off beer drinker who doesn’t mind spending twice as much money, this form of segregation may be a great option. But to someone looking to be thrifty, as I almost always am, it’s murder. I would rather wait in a long line to try some funky, barrel-aged offering than add another $30-50 onto my ticket price. And worse, it implies that the tiers of drinkers are separated by the kinds of beers they should be drinking, that those buying general admission are “unworthy” of getting to try that new imperial stout unless they fork over heaps of cash. It’s against the largely inclusive aesthetic that the craft beer industry has so carefully cultivated.

Moreover, it’s just not necessary to only offer certain beers to VIP ticket buyers. Those beer geeks who are most passionate about trying specific releases will make sure they’re early in line when a festival does staggered releases of those brews. Festivals like the Great Taste of the Midwest have grown huge on this concept–drinkers prioritize what they want to try and make it happen. There are no “special tickets” for those who can afford to be the “real” craft beer fans.

And as I said before, I’m not against VIP perks for people who do want to shell out cash. Just give them perks other than beers not available to the rest of the attendees. There are plenty of options:

— Early admittance. You can let VIP ticket holders into the event earlier than everyone else to get a head start on tasting. As long as the people coming in later have access to the same product, that doesn’t bother me in the slightest.

— Give them a VIP area. Give them someplace they can sit down and congregate off the main floor. If it’s outside, give them a shaded tent.

— Give them food. This one is obvious. Where the general attendance people can buy food from vendors, give the VIPs a catered buffet in their own area.

— Give them a beer experience. Panels with brewers and brewery owners are a great perk for VIP ticket holders.

— Give them festival swag. Tee shirts, glasses, that kind of thing.

There are plenty of ways to entice VIP buyers that don’t include withholding all the “rare or limited” beer from regular festival attendees. As one of those attendees, all I ask a festival to do is give me the chance to sample all the beers when I buy a ticket. Don’t render the purchase of a regular ticket effectively meaningless by putting the “good stuff” in a separate tier that I have to buy to feel like I’m actually participating. It’s just not necessary.

9 thoughts on “THE (LATEST) TROUBLE WITH BEER FESTIVALS”

Leave a Reply to The Alemonger Cancel reply